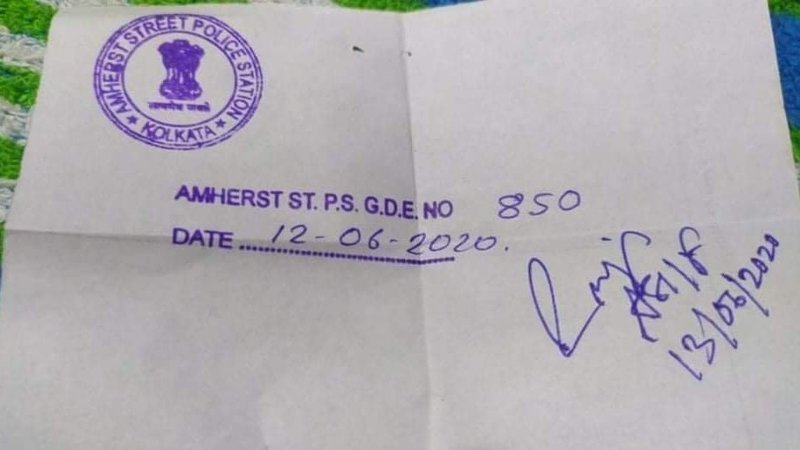 On 12th June 2020 a dog was found beheaded in Kolkata. To see the picture of the beheaded dog kindly go on the link below:

An FIR was lodged on 14 th June 2020 by an animal rights activist Susmita Chattopadhyay.

For FIR go on the link below:

After contacting Susmita an unbelievable information came to light. With a very heavy heart, she said that in spite of her best efforts she could not get justice to the unfortunate dog and nor will the dog get justice in future.

According to her a complaint about the incident had already been made by an NGO which works for humans in the nearest police station (the diary number given in the pic) on the night of 12th June 2020. On the basis of the complaint, the head and the body of the dead dog was taken to a govt hospital where his postmortem was carried out.

The postmortem report was not only shocking but unbelievable. According to the report the dog's neck.was slashed by dogs. He was beheaded by his own brethren. There was no human atrocity.

Anyhow Susmita showed the pic of the dog to her known doctor who says that it looks quite unbelievable for a pack of dogs to behead a dog the way it has been done in this case without leaving any bite mark on the face of the unfortunate dog.

Susmita is very upset and feels that she was late in approaching the police and lodging an FIR.  She just couldn't help the man's best friend .....

The truth has gone with dog. Whether he was killed by men or dogs but this should not have been the fate of the man"s best friend. This is no way to die. So painful so torturous.....

7 AUG 2020 —  The prime duty of any Chief Minister is to ensure law and order i...
Dog feeders are beaten brutally in front of...

5 AUG 2020 —  An animal rights activist Kuhu Roy from Vadodara, Gujarat has been demanding legal ...
Being humane

Following the pandemic, there has been a resurgence of hatred against stray dogs who are left to fen...
Dog thrown down from the 11th floor; Mother...

A female dog and a mother of 5 pups was beaten to death in Pimpri, Pune in Maharashtra by the local ...
Dog cruelty continues in India: Municipal Corporation of...

As per Hinduism there are four Yugas: Satyug, Tretayug, Dwaparyug and Kalyug. In Satyug man is suppo...
Animal Birth Control programme should be better implemented,...

Killing all dogs in an area would enable unsterilised, unvaccinated dogs to come in and the authorit...
Missing dog brownie near friendicoes

{gallery}friendicoes_brownie{/gallery}   Brownie, an Indian dog who's been staying at Friendicoes ...
Are RWAs and Municipal Corporations the main villains...