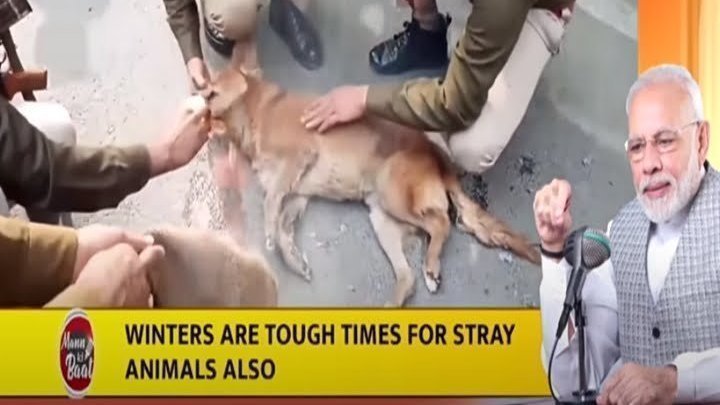 In his latest address to the nation in his very popular program 'Man Ki Baat', Prime Minister Modi expressed his happiness on seeing many Indians taking care of the homeless and the needy by giving them warm clothes during this chilly winter season. He was especially pleased by the young generation of India who is actively participating in helping not only the needy humans but also the stray animals.  The Prime Minister said that winters are very difficult times both for humans as well as animals. Hence, we should take care of them both.

It's been more than a week now since Diwali and there are still many caregivers looking for their furry friends. They go out looking for their friends almost daily calling out their names in the hope that their friend will pop out from the corner of a house or from underneath a car once they hear their voice. But seldom they get lucky.

Khushboo (M-+91 98xxxxx) a caregiver from Delhi whose dog had gone missing from Diwali night had posted his pictures  (pic in the post) on all WhatsApp groups and requested people to contact her in case anyone finds him.

Well she did come to know about the dog but it was too late. Apparently, the dog had gone to another pocket where other dogs attacked him. He kept hiding under the cars for all these days because whenever he tried to escape, the dogs of that area attacked him and bit him.  The poor dog kept sitting on the cold cemented floor for all these days in these winter nights that too empty stomach. As his condition was bad and he could hardly move from the place so a resident called an ambulance and sent him to Sanjay Gandhi Animal Care Centre. The doctors told that his condition was critical and in spite of their best efforts they just couldn't save him. The dog died.

Who is responsible for his death?