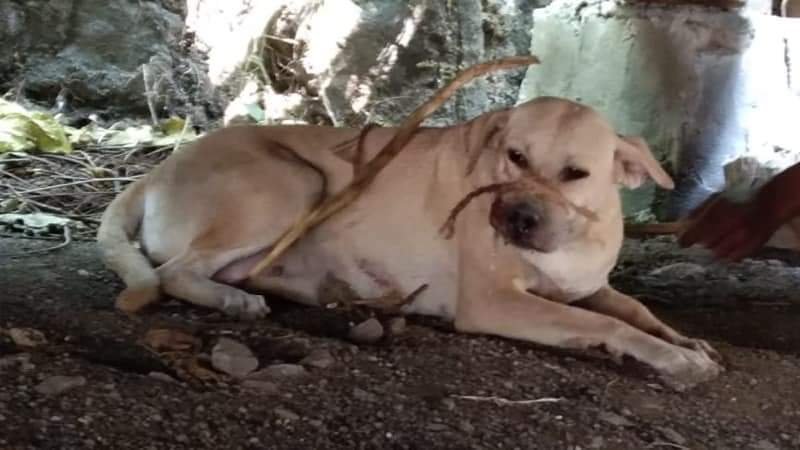 Another female dog (pic in the post) in Mumbai was sexually abused by a 30 year old labourer. He was caught red handed and arrested. the dogs mouth is swollen because the monster had tied it with a rope. For details of this gruesome act kindly go on the link below:

Another news from Parbhani, Maharashtra has come as a shock. An illegal dog pound was being run by the Parbhani municipal corporation for God knows how long. The stray dogs of the area were illegally being caught and kept in this dog pound. And that too in the most unhygienic condition. This illegal practice came out in open when a video of this pound got viral.  On being contacted, the commissioner of the Parbhani Municipal Corporation has assured that all dogs kept in the pound shall  be released to their original location and corporation will  very soon start with the ABC programme. Wonder which century are our municipal corporations and their respective commissioners living? They no nothing about the Dog rules ( 2001). These are the govt representatives and so called official custodians of stray dogs: The people legally responsible for the ABC programme. If they are not following the dog rules 2001 then what can be expected from the common man of India.  For the details of the report kindly go on the link below:

In the state of West Bengal, four dogs were poisoned of which one died and three are in critical condition. It was after the intervention of PFA founder and former Union Minister Maneka Gandhi that the police filed an FIR and took the dead body of the dog for postmortem. For details of this most inhuman case kindly go on the link below:

How you raise a child and make that child a good human is most important. A beautiful painting made by my friend's daughter Suvya Malik .